The Allure of Minnesota’s Cabin Culture

What is it about going to “the cabin”?  So many residents of Minnesota already live in rustic, nature-filled settings, yet are eager to pack up the car and head out to “the cabin.”  If it is not their own cabin, or their family’s cabin, then it is their friend’s or neighbor’s cabin.  In Minnesota, it seems that everyone knows someone who has a cabin.

The Minnesota Department of Natural Resources publishes facts and figures on Minnesota’s many waters.  Minnesota is known as the “Land of 10,000 Lakes” which is somewhat of a misnomer, for the state actually has 11,842 lakes which are 10 or more acres in size.  Of Minnesota’s 87 counties, only four of them do not have a natural lake within their borders.  Minnesotans have to try hard NOT to go to the lake or to the cabin.

My husband grew up in Minnesota and that cabin culture is part of who he is.  While I could be content puttering around my gardens “in town” to unwind, or just renting a cabin on a lake for a weekend once a summer to get my fix, it became increasingly important to my husband that we find a little spot of land on a lake that he could call his own.  And isn’t marriage all about compromise?

For several summers we simply pitched a tent on our little lake parcel, enjoying our private campsite, fishing from shore or taking out the canoe.  The boys were just starting school and we still had most of our weekends free from scheduled activities.  We eventually had a simple cabin shell constructed, doing finishing work in stages and completing the work ourselves when our skills allowed.  As our boys grew older, schedules became busier, and time for all of us to get to the cabin on a regular basis is harder to come by, and so that time is all the more treasured when we have it. 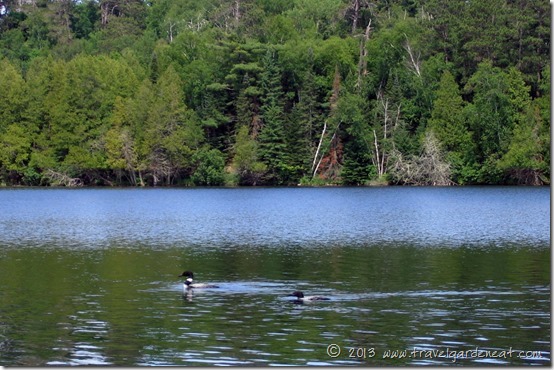 The simple pleasures are what makes the cabin a special place — watching the loons float by and listening to their haunting calls, sitting among the birch and pine with a book in hand.  When the boys were younger, they would craft imaginary strategic games and play them for hours in the woods.

Even in recent years, the cabin is still a place where teenaged boys can find the time and space for some creative play — garbage can lids turn into shields against stick swords and the battle ensues!  Boys will be boys at any age. 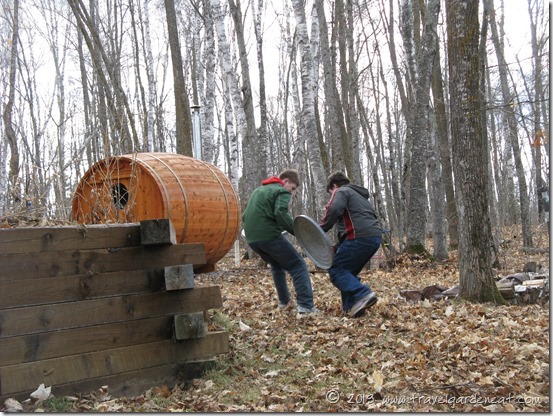 Summer months bring lazy days, launching into the water to cool off and enjoy the seemingly endless depths of the lake.

Cabin time is almost synonymous with fishing time — sometimes from the dock, sometimes from a boat on the lake itself.  When the fishermen in my family land a big one, I hear the frantic call from the dock — “GET THE CAMERA!”  I rush down to the dock, camera in hand, quickly snapping a shot or two before the big guy is released to enjoy another day. 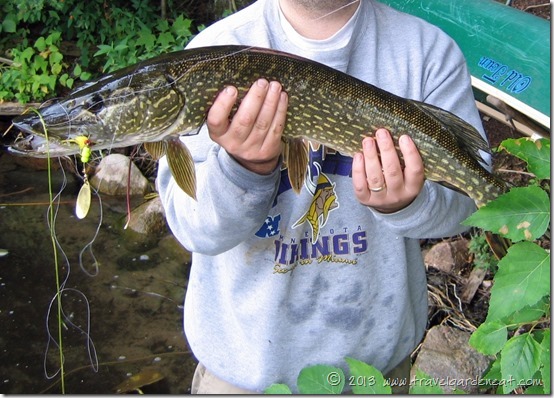 Cabin time is time to just hang out, use your shirt as your hand towel, and let the layer of dirt act as additional sunscreen.  The boys have great immune systems and no allergies to speak of, which I chalk up to a healthy dose of dog fur, dirt and grime over the years!

The cabin is the ideal spot to hang with man’s best friend.  Running down the tree-canopied roads . . .

. . . or tolerating an extra player during a marathon game of Monopoly.  Cabin memories, all of them.

As days draw to a close, the colors play across the lake’s surface, and a person cannot help but pause and reflect. An owl may call through the dark woods — like the Barred Owl with its unmistakable call:  “Who cooks for you? Who cooks for you all?”  The wolves may howl in the distance, the deer may quietly meander down their well-worn path to the lakeshore, and the frogs join in chorus to sing their evening songs.

Perhaps it is that evening sauna that relaxes a person as it purges the body’s toxins, or just as likely it is the other aspects of the cabin that create the restful escape — no urge to run to the grocery store and stock up for the week, no temptation to go into the office and get caught up at work, no running here and there with concerts, sporting events, conferences, social activities, and all the other details of our daily lives that sometimes leave us feeling tired and worn, even as we enjoy them.  Sleep at the cabin is somehow more restful than anything experienced “at home.”

Numerous articles recently have highlighted the importance of escaping our multi-tasking world:  spend some time in green space to ease brain fatigue  (per the New York Times), take a break from multitasking to return to the essence of our humanity (per this video from KarmaTube), untether from our smart phone leash (per this column from Sam Cook).  Only by doing so can we fully appreciate the simple beauty of the world, . . .

. . . and be fully present while spending time with each other.

What is it about Minnesota’s cabin culture?  Come and experience it for yourself and you will understand. 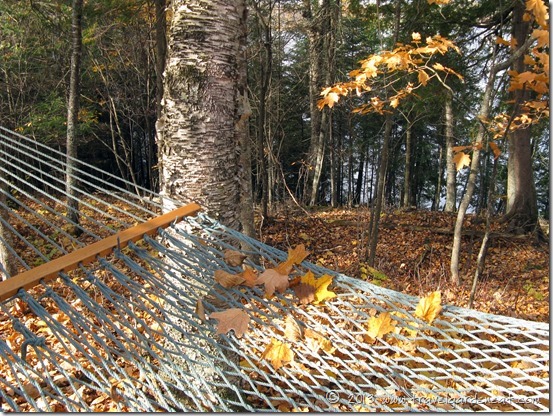 36 responses to “The Allure of Minnesota’s Cabin Culture”