Renewing the Spirit on the Superior Hiking Trail

Noon already had come and gone by the time my favorite hiking companion and I hit the road.  The last weekend of September is often when fall colors start to reveal their full glory in northern Minnesota.  As we headed up Highway 61, snaking along the North Shore of Lake Superior, the trees were only just starting to show hints of yellow and gold, with a flash of red here and there. 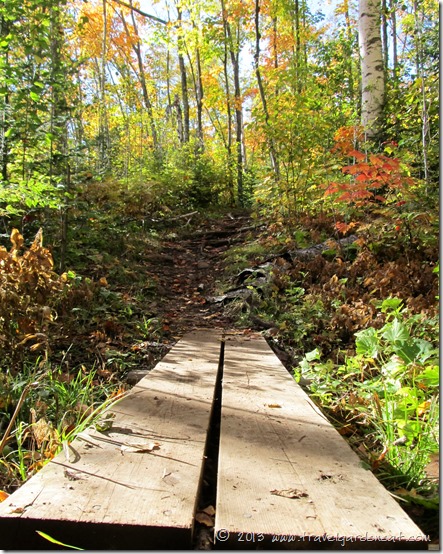 We obtained a recommendation for hiking trails which were compatible with the limited daylight hours we had remaining, and which highlighted the best of the season that weekend.  Turning the car inland, the leaves and bushes became increasingly more colorful and vibrant as we traveled away from the lake.  We drove through the town of Finland and found the trailhead parking area for the Section 13 trail of the Superior Hiking Trail.

I have lived in Minnesota for over 20 years — and have enjoyed many classic fall color hikes and drives over the years.  What is wondrous is that each season posseesses unique gifts, just waiting to be discovered.  This hike, late on a September Sunday afternoon, provided the uplifting boost to the spirit I had been seeking.

“You can become blind by seeing each day as a similar one. Each day is a different one, each day brings a miracle of its own. It’s just a matter of paying attention to this miracle.” ~ Paulo Coelho

The Section 13 trail leads to a Sawmill Valley overlook, after winding across bubbling creeks and up a rocky set of steps.– much easier for a set of four legs to clamber up than two!  As we crested the rocky staircase, the waves of vibrant fall colors appeared to undulate across the distant hills. 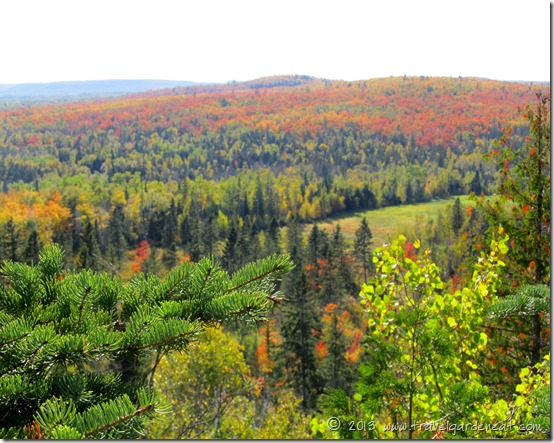 We sat on a rocky ledge, just my faithful companion and me, and soaked in the beauty spread out below us, appreciating the seemingly infinite clusters of turning maples.  Alone with my thoughts, I could reflect upon a month of loss and grief — my heart still breaking over the unexpected death of a beautiful, vibrant friend whose sons were the same ages as mine, and feeling the still-fresh sorrow from attending the funeral the day before of a 15 year-old boy who had taken his own life, leaving behind the far-reaching pain that bullying can inflict.  Both tragedies weighed heavily on my mind, with tears the norm rather than the exception during the latter weeks of September.

“If it can be verified, we don’t need faith… Faith is for that which lies on the other side of reason. Faith is what makes life bearable, with all its tragedies and ambiguities and sudden, startling joys.” ~ Madeleine L’Engle

The trails called to me that afternoon — I needed to surround myself with the most basic of natural life, to provide that reassurance that life goes on. 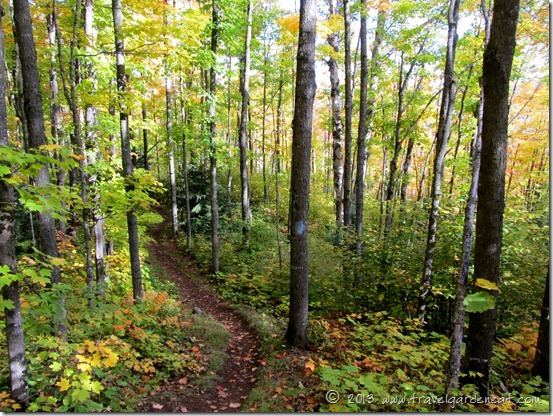 We made our way back to the Section 13 trailhead, and walked a short distance along the higwhay until we reached the Sawmill Dome trail.  My watch read 4:45 p.m., and the sun already was casting late afternoon shadows as we entered the woods again, reminding us that evening light would come soon enough. 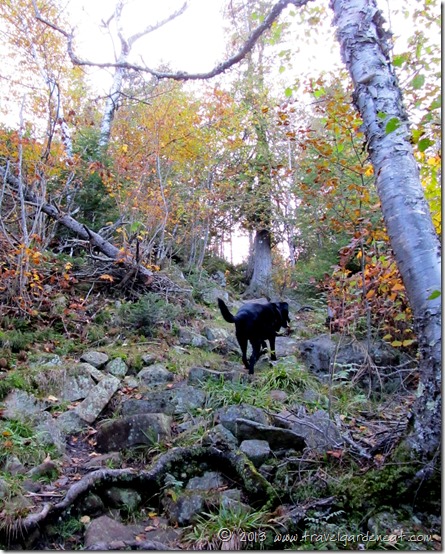 Countless times I have stared up at a canopy of trees.  This second section of trail we explored compelled me to look up often and appreciate the artistry of the leafy layers.

“The real voyage of discovery consists not in seeking new landscapes, but in having new eyes.”    ~ Marcel Proust

I mentally bookmarked this trail section for a return visit — with our limited daylight hours remaining, we were only able to do a 4-mile round trip hike to Sawmill Dome and back. The vistas from the path as it hugged the rocky ledges, opening up into the valley below, were spectacular.

The maples were on fire as the late afternoon sun warmed up the colors another notch — reds, golds, yellows, and greens for as far as the eye could see.  We pushed on toward the Sawmill Dome overlook, as much as these views called for pause.  A large rocky outcropping with tall trees decorating the top ledge blocked the forest trail, causing the path to wind around its base and work its way up toward the open sky.  Despite the fading daylight, this place warranted a break for reflection.

Solitude was what I craved on this glorious afternoon, sharing it only with another companion who understands living in the moment better than most — my four-legged friend, Corbin.  We had the view to ourselves, and Corbin’s unburdened joy was infectious. 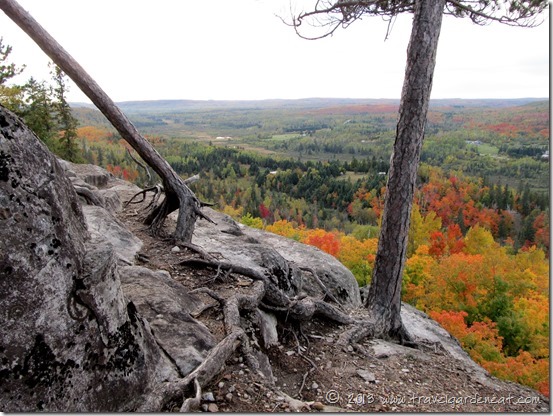 Before we turned back, I decided a photo was needed.  My companion was less than helpful as I tried to set up the camera for a timed shot.

More than one take was necessary . . .

The sorrow and grief remained, but intertwined with them was the overwhelming need to appreciate the beauty of life and the unique gifts, as well as challenges, that each day holds.

“Happiness can be found even in the darkest of times, if one only remembers to turn on the light.” ~ Albus Dumbledore, from Harry Potter and the Prisoner of Azkaban 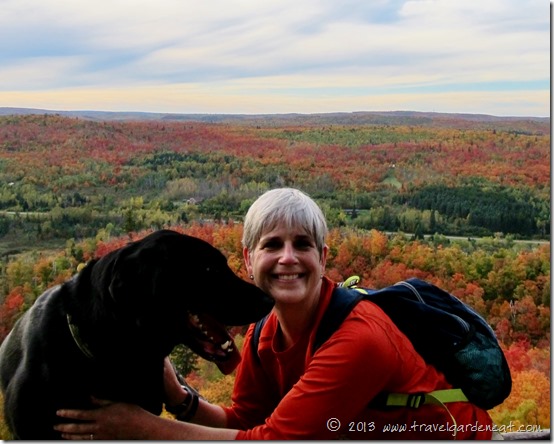 23 responses to “Renewing the Spirit on the Superior Hiking Trail”