When the never-ending sub-zero temperatures keep knocking at your door, you sometimes simply need to fling open the door and say, “let’s party!”  As the air warmed up to a balmy –14°F (-25.5°C) on Monday, just a few degrees off the warmest temperature of the day, I decided the home office afternoon coffee break needed to take place outdoors.  The arctic blast prompted Minnesota’s Governor to cancel Monday classes for schools throughout the State.  With no sign of above-zero temperatures until Wednesday, most Minnesota schools have canceled classes for students on Tuesday, as well. 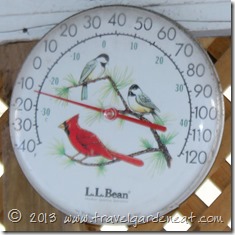 In the meantime, I decided to recruit one of my teens as my assistant for the outdoor coffee break activities.  The local hardware store told me soap bubbles were a popular item, so I knew we were not alone in examining their response to the frigid air.

While our results were not as spectacular as photographer Angela Kelly’s bubbles, we still enjoyed watching them float off while slowly freezing and “shattering” in mid-air.  Capturing one on the end of the bubble wand allowed for a closer view. 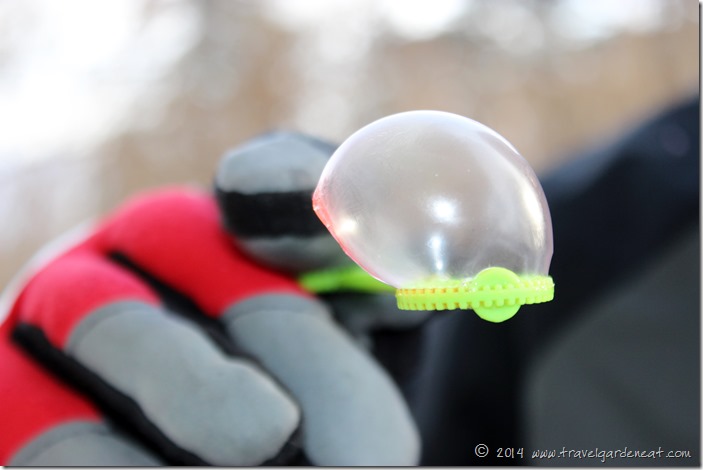 One gentle puff toward the fragile sphere prompted it to crack like an egg, with its ragged semi-opaque shell momentarily remaining on the wand, before dissipating into shredded frozen soap fragments. 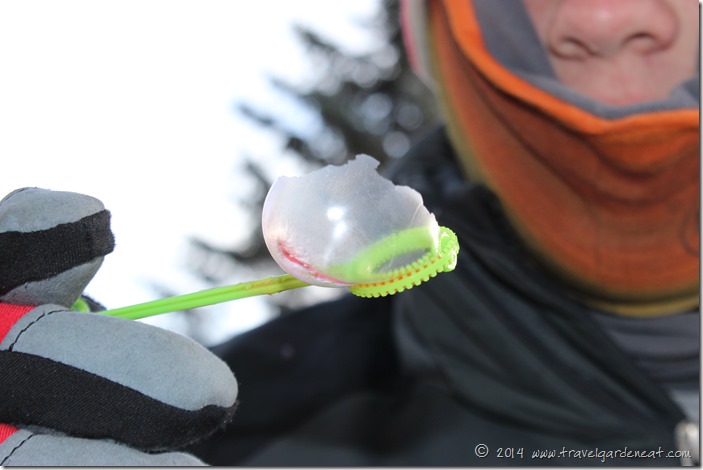 When the novelty of blowing bubbles in sub-zero temps wore off, it was time for the boiling water toss.  We added a little food coloring to spice things up. Then we headed outside again. 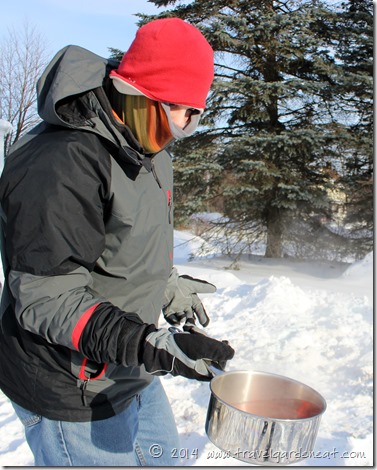 It was akin to a fireworks show … oohs and aahs were the response as the boiling water turned to a frosty arcing powder the instant it hit the freezing air. 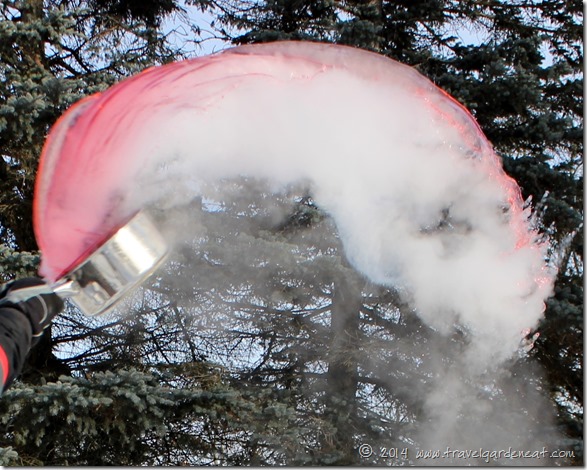 An explanation of why the hot water vaporizes as it is tossed, along with videos of others performing the boiling water-to-snow trick, can be found in this Slate.com article.

Do it again?!  OK, how about in blue this time?

[Click on any photo in the gallery below to enlarge it.] 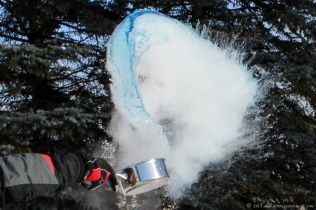 How are you keeping cabin fever at bay during this far-reaching cold snap?

35 thoughts on “Sub-Zero Fun in Minnesota”