The Hay Is in the Barn

Between now and Saturday morning, the key will be to not melt in a pool of anxiety, obsessing about the weather (too warm! — substituting Powerade instead of my usual red wine in the evening to hydrate in advance!), phantom aches and pains that come and go (hello, foam roller and yoga!), and that subtle sniffle that threatens to turn into a full-blown cold (daily dose of Emergen-C!). Our training group coach, Tony, reminds us to relax when these nagging doubts creep into our thoughts and conversations, reassuringly telling us, “The hay is in the barn.” It’s hard to keep things in perspective as race day looms closer, but reflecting back over the past 6 months, I am reminded of the need to pause and be grateful.

“In running, it doesn’t matter whether you come in first, in the middle of the pack, or last. You can say, ‘I have finished.’ There is a lot of satisfaction in that.” ~ Fred Lebow, New York City Marathon co-founder

I started the 22-week training plan with one of our local training groups back in January — you may recall my “Optimistic” post as marathon training formally launched.  The first evening group run was a balmy 7 degrees Fahrenheit (-13 degrees Celsius).  A few weeks later, a sunny Saturday morning provided an opportunity for Jack Frost to give me a new look mid-way through a 10 mile run, with -11 Fahrenheit (-23 Celsius) temperature at the start of the  run. 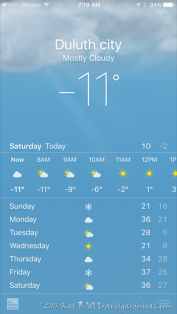 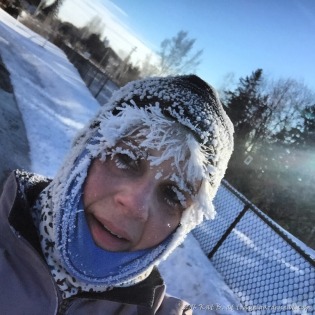 “There’s no such thing as bad weather, only unsuitable clothing.”  ~ Alfred Wainwright 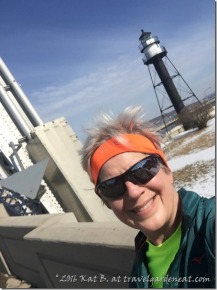 Lake Superior kept changing things up to keep us entertained mile after mile — windswept, icy shores in March, even as the sun shone bright, as I finished 14 miles.

There were snow-dusted trails in Iowa, while traveling to watch my son’s robotics team compete in March … and snow back up north covering the Lakewalk as I took my favorite running companions out for a joyful spring jog.

When blustery winds and snow continuing into April made open paths along the Lake a bit daunting, the Willard Munger State Trail provided sheltered beauty for 12 miles.

“I always loved running… it was something you could do by yourself, and under your own power. You could go in any direction, fast or slow as you wanted, fighting the wind if you felt like it, seeking out new sights just on the strength of your feet and the courage of your lungs.” ~ Jesse Owens, Winner of four gold medals at the Olympic Games

Thankfully, the snow did eventually exit to make way for Spring.  I made time for my runs while traveling for work, even setting an early morning alarm to accommodate conflicting schedules, to get the miles in. 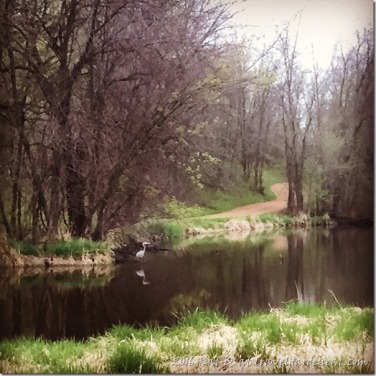 Given the choice, though, I would always opt for an evening run over early morning.  My circadian rhythm naturally gravitates toward the pink glow along the horizon of the big lake as the sun sets, backlighting the stark trees of spring.

The miles grew longer, the grass grew greener, and the ice finally blew off the blue waters of Superior. 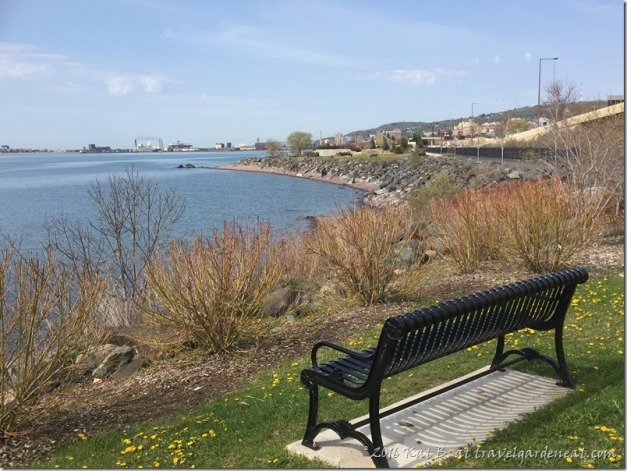 12, 14, 16, 18  … and finally 20 miles. I am no speed demon, so these longer runs meant a half-day plugging along, 4 hours on my feet.  One of the 20-milers I had the benefit of running with my good friend and the training group, but the second one, I had to gut it out solo. Thankfully, I was graced with a perfect Duluth day that made the miles fly a little faster.

“It was being a runner that mattered, not how fast or how far I could run. The joy was in the act of running and in the journey, not in the destination.” ~ John Bingham 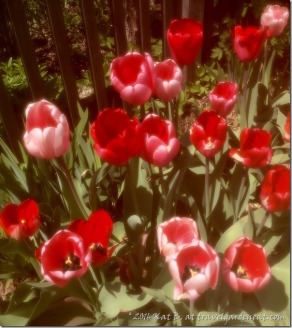 The Garmin GPS watch would beep to count off each mile, but I found that the further I got into training, the less I looked toward it to define my run. I often turned inward, visualizing the race, mulling over a challenge at work, or just taking time to smell the roses … or at least admire the tulips, as the case may be ….

Come race day, despite thousands of runners pounding the pavement as the gun goes off, the act of running is ultimately a solo event —  each runner is dependent on his or her own legs, lungs, heart and mind.  And it is that mind that is more powerful than almost any physical attribute as the miles stretch on.

Bryce Courtenay’s words from one of my favorite books seem a fitting way to close, reminding us to take a deep breath, stop hitting “refresh” on the forecast websites, and exercise the power of positive thinking. Remember, the hay is in the barn and we are ready to run.

“The power of one is above all things the power to believe in yourself, often well beyond any latent ability you may have previously demonstrated. The mind is the athlete, the body is simply the means it uses to run faster or longer, jump higher, shoot straighter, kick better, swim harder, hit further, or box better.”

~ Bryce Courtenay, The Power of One

Good luck to all runners enjoying the beauty of Lake Superior’s North Shore and Duluth’s hospitality on Saturday — I will see you at the finish line!

5 responses to “The Hay Is in the Barn”